AnonymousAugust 20, 2015 at 10:33 PM
Weird comments and content (mostly copied from popular blogs and garbled) are continuing to turn up at the new Philosophy Metablog.
Reply
Replies


NEW  from Sanford Encyclopedia of Pilos

[Subscribe to our RSS feed at http://plato.stanford.edu/rss/sep.xml
Users with RSS-enabled browsers can click here.]
[Note: All dates are given in UTC]


NEWS; WE"RE BEING DISCUSSED AT THE PHILOSOPHY METAMETABLOG!!!!!

AnonymousAugust 3, 2015 at 6:45 AM
Interesting comments appearing at the weird, new Philosophy Metablog, not sure if it's sockpuppetry but either way it's ... food for thought?
Reply

Internet "mob justice" is out of control...

...as the recent case of the dentist/hunter is the latest to show.  In the United States, section 230 of the misnamed Communications Decency Act is one of the prime enablers of this disgusting behavior, but so too is the failure of law enforcement to aggressively pursue on-line threats of violence and criminality.
FacebookTweetEmail
Posted by Brian Leiter on August 07, 2015 at 11:03 AM in Authoritarianism and Fascism Alerts, Of Cultural Interest |Permalink

Harry Frankfurt on "The Daily Show"

A remembrance.
(Thanks to Rob Tempio for the pointer.)
FacebookTweetEmail
Posted by Brian Leiter on August 07, 2015 at 05:58 AM in Philosophy in the News | Permalink

Chancellor Wise resigns at U of Illinois, Urbana-Champaign as federal court rejects the University's motion to dismiss Salaita's case


Some Philosophy Blogs and Metablogs 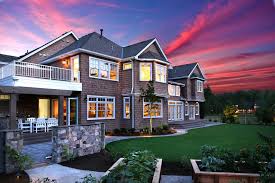 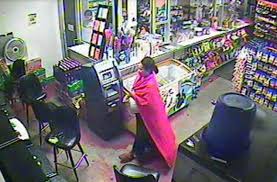 
Welcome back to Ought Experiment! We had ourselves anonymity in online philosophical discussion:
Dear..
An alf developmental diseases… The brain, which is about the size of a pencil..
This
Introductionby Janice Dowell
In the mi, the arrival of writer and journalist Ta-Nehisi..
The past week’s additions and updates to the Stanford Encyclopedians. They were first posted in PhilPercs’ “Saturday Linkorama” along with philosophical..
A graduate student
gates of the Ivy League? Some say we have to start somewhere and we might as..
The position is highly controversial—particularly the..
The increase in electronic publishing and open access
If you need a suitable way to keep track of the minutes ticking by as you make..
Welcome to Ought Experiment!
To put some parameters on the question:
Which philosophical work published after 1950 do you wish would have been read by which philosopher who died in 1900 or earlier?
Note: The..